Up on these cliffs, a woman gave birth alone in a storm. As a young woman she had entrusted herself to a community that somehow didn't manage to protect her from rape by a local wealthy and powerful visitor. Pregnant, she found herself excluded from the same community. During labour she leaned for support against a rock which bears her handprint to to this day, and although the storm raged, around her, a ray of sunshine comforted her. Where she gave birth, a spring appeared. Where humans let her down, God, through nature, responded to her with kindness.


The story of Non, a 'Celtic' Christian nun from Pembrokeshire, warns those of us who enjoy a 'Celtic' flavour to spirituality, away from romanticising the past. Non's son is David, who became patron saint of Wales. David is widely celebrated, his mother less so. But David became who he was through Non's single-parenting. When he reached a suitable age she had him admitted to a monastic school where he learned his faith. She then returned to her own vocation and returned to monastic life herself, travelling as far as Brittany to establish communities of her own.


St Non is  celebrated in a stained glass window from the chapel at the site, the lower panel illustrating her journey to Brittany - with David. (Somehow, the romanticism has crept back in.)
Behind the figure of Non is what looks like a railway tunnel. This is the stonework built up around the spring which became her holy well. 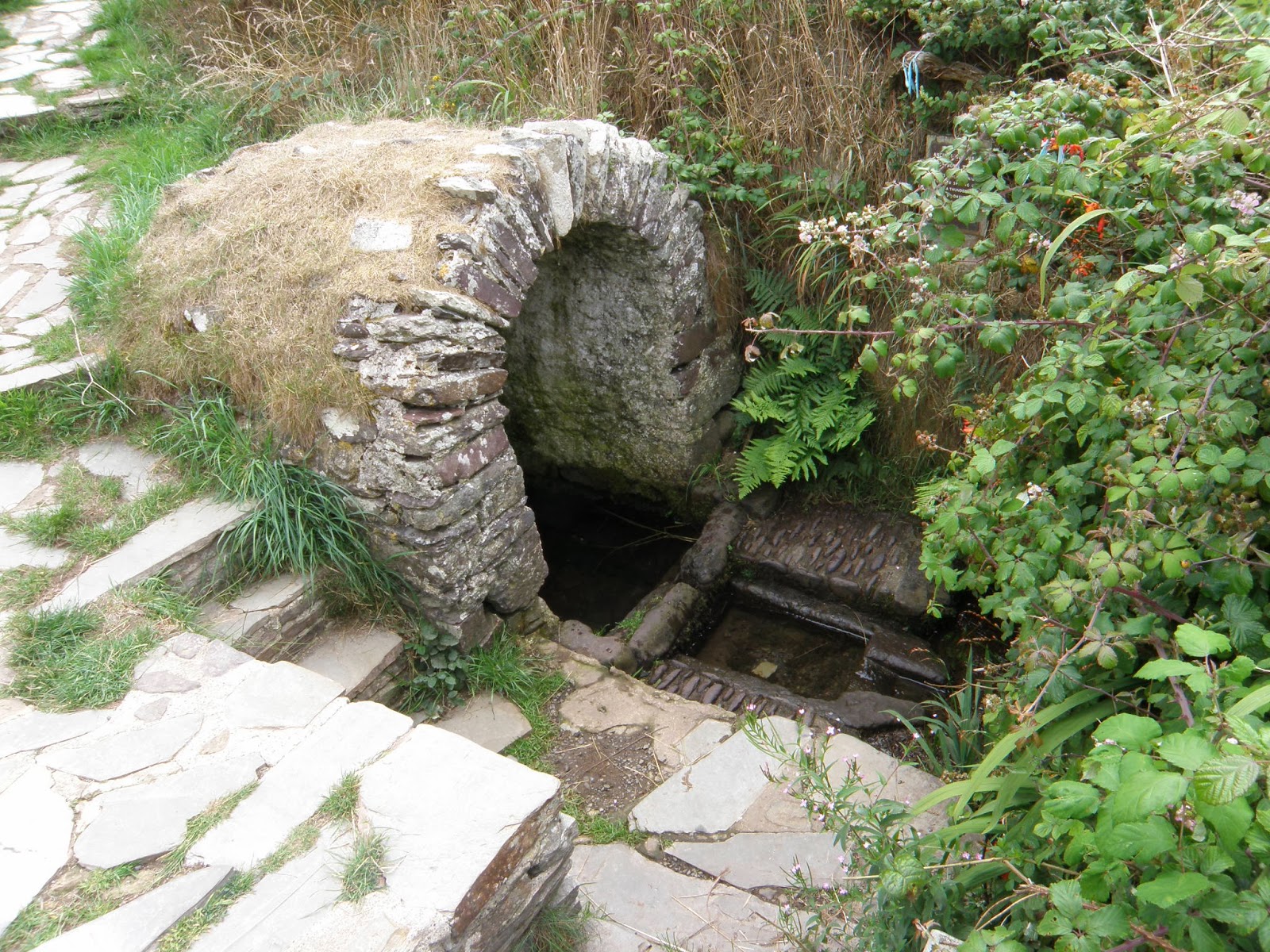 The housing of the spring is just large enough for a person to crouch inside, should they wish to. Pilgrims used to come here for healing, to douse themselves in the cold water. Many came not over the clifftops, but by boat, mooring at a nearby cove where the rocks are the colour of blood ... an earth reminder of birthing, of endurance and sacrifice that is characteristic of Non's life.


I see in St Non, the story of a woman who defined her identity not by her suffering, but her sense of  self-worth as a person in relationship with God, despite everything life - and other people - threw at her. Because of this, somehow, she seems to have worked some alchemy with all the pain and betrayal she must surely have experienced, to become someone capable of leading and inspiring others - or you might say God worked the alchemy in her. Her story is important, we need to know that she suffered, as many suffer today, but we also need to know that her life experiences did not destroy her. In her own life she experienced renewal. That gives me hope that the same can be true today, for the many who live through ordeals of their own.