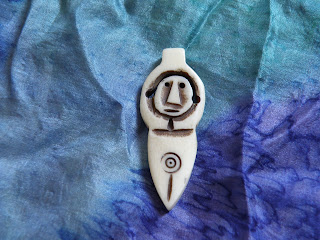 In my writing, especially in the last five or six years, I aim to use non-gendered language about God, or to strike a balance between masculine and feminine expressions. The holy and unspeakable name revealed to Moses in Exodus 3:14, is not a male or female name, it is a statement of existence, something like 'I AM.' It is Being itself.  It used to be said that it was more respectful of God to say 'he' because it was believed that 'he' was superior - that's how we end up with 'Lord' as a substitution for the holy name. In this age of supposed equality it is aposite and theologically justifiable to adjust our language.
While prevalent Christian traditions today use almost exclusively masculine language in worship and translation of scripture, this was not always the case. Spiritual writers as widely respected as Julian of Norwich and Anselm spoke freely of Jesus our mother. The Bible is rich in feminine and non-gendered imagery. Jesus may have given us permission to call God 'Father', but would he really mind if some of us chose not to, because it makes us feel uncomfortable? I think not.He himself used feminine imagery -such as likening himself to a mother hen, caring for her chicks. (Luke 13:34) 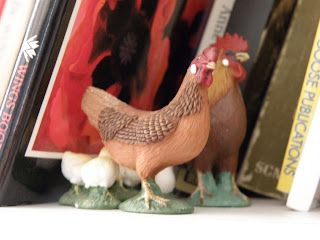 There are significant concerns in the church about falling numbers. At the same time, growing numbers are attracted to spiritualities which explore and value the divine feminine. It seems to me, that while such paths are the chosen ones for many, others have left Christianity with some sadness - had somebody pointed out where to look, had somebody said 'she' instead of 'he' of God sometimes, and done more to bring out the female voice in scripture and worship, then they might have found the feminine divine within the riches of the Christian faith and chosen  to stay - so in my writing I like to dig her out and surprise people, Christians and non-Christians alike.

I've written a reflection, with prayers, on the subject of inclusive language about God and gendered images of God and how we relate to these in our own faith journeys, particularly when gendered language leads some of us to feel excluded, in Rejoice with Me (Kevin Mayhew 2013):

In Hiding in God, (Kevin Mayhew 2012) is a reflection with imaginative visualisation, on the theme of hiding under God's wings - the 'mother bird' image Jesus suggests and which occurs frequently in the psalms (for example Psalm 17:8).

Something I've been working on for a long time but not published yet is a daily office or daily prayer using inclusive and / or feminine language. Hopefully this is something I can get round to in the near future so watch this space!