I drove up the A38 to the National Memorial Arboretum today, to join some friends in a Druid Remembrance Ritual, which I first heard organiser Geoff Boswell talking about back in January when I met him at a conference of Pagans, Christians and Druids (or any combination of these concepts that seems appropriate to the attendees) at the Ammerdown Centre. Geoff was very kindly giving me a lift and described to me his vision of an event. It immediately made me think of my two grandfathers, who both served in the First World War in different ways, and the fact that they then brought up my parents, who were children during the Second World War - so I was honoured to be invited to talk about them during the ceremony today, the 100 year anniversary of World War 1 all the more poignant, as this year my own son has reached the age of 18 - 'call-up' age.

In short, one of my grandfathers was called up at the age of 18 in 1917, and sent to France, and the other, inspired by his Methodist upbringing, enlisted with the Royal Medical Corps in 1915, as a non-combatant stretcher bearer, sustaining a serious injury while searching for the wounded.


I arrived early at the Arboretum, and had time to explore. It's a huge place and hearteningly full of healthy young trees, which will become a beautiful forest, already clearly a habitat for all kinds of wildlife. 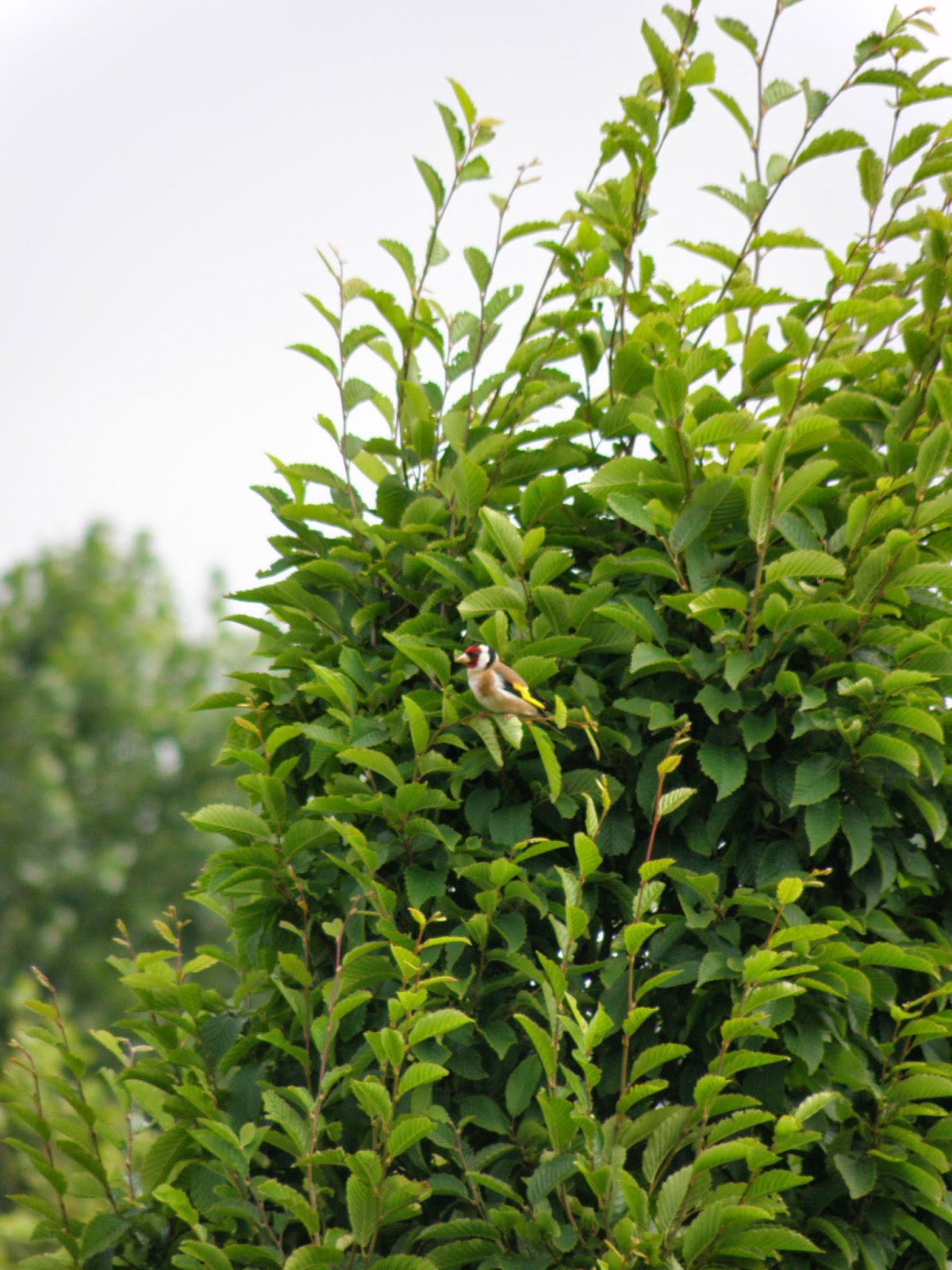 Unusually, I managed to catch a goldfinch sitting still long enough to be photographed, so here it is, if you look carefully!


I am not much of a one for war memorials if I am honest, I feel very uncomfortable with anything that looks like it might be veering towards a glorification of the horror of warfare, but I did find the principal memorial, set up on a hill, strikingly moving. Entering the sanctuary-like area at the top of the steps, one is confronted with huge, curved walls of names, the names of people who have died in war  since the wars that were supposed to end all wars. There are many names, which is chilling ... I asked for my photo to be taken in front of them as a witness to my respect and sorrow:
But equally chilling was the empty wall, where the most recent names were followed by a vast space ... for more names.

Appropriately for the Druid choice of venue, according to a guide I overheard talking to a group, the architect was inspired by Stonehenge in designing the monument, and incorporated a gap through which a shaft of sunlight shines at 11am on 11th November, to illuminate a sculpture of a wreath.

We gathered in a grove of young birch trees for the ritual, created to recognise the harm that England and Germany did to one another's cities, and to honour the peaceful relationship that has since ensued. At the centre of the grove, most appropriately, was a Dresden Oak, under which the ceremonial table was laid.
Here, led by Geoff and Elaine of Wildways, we stood (or sat) in a wide but friendly circle to honour those who died in the first world War, the survivors, the victims, and the lives that have continued to be affected by the legacy of war. True to general Druid principles, we called for peace, in dignity, with story, song, poetry and simple ritual, and welcomed any onlookers into the circle to share with us. Closing with a heart-rendingly sensitive sounding of the Last Post, and the words, 'we will remember them', it was a very moving, and fitting memorial, and surely, unique.