Apples, the Bible and Beyond 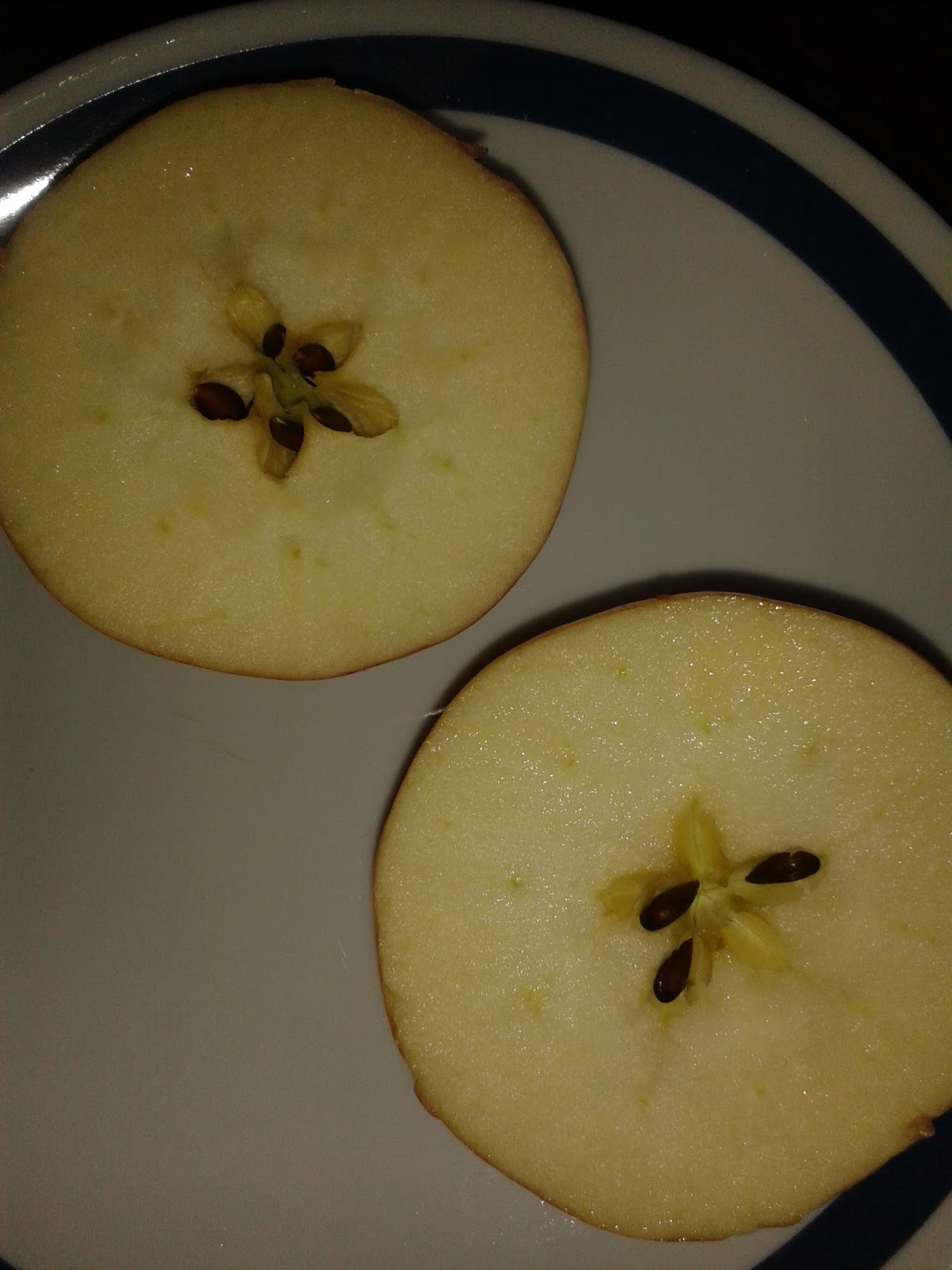 As a child, one of my nickneames was 'Annie Apple', so it was a bit spooky when someone brought out a reading scheme for children, the first character in the line up being called 'Annie Apple'. Among her friends were the Wicked Water Witch, who for ideological reasons later morphed (or shape shifted) into Walter Walrus, Lucy Lamp Lady (hmmm) who became Lucy Lamp Light and Robber Red, who became a robot. (I know these things because I am qualified as a primary school teacher.) 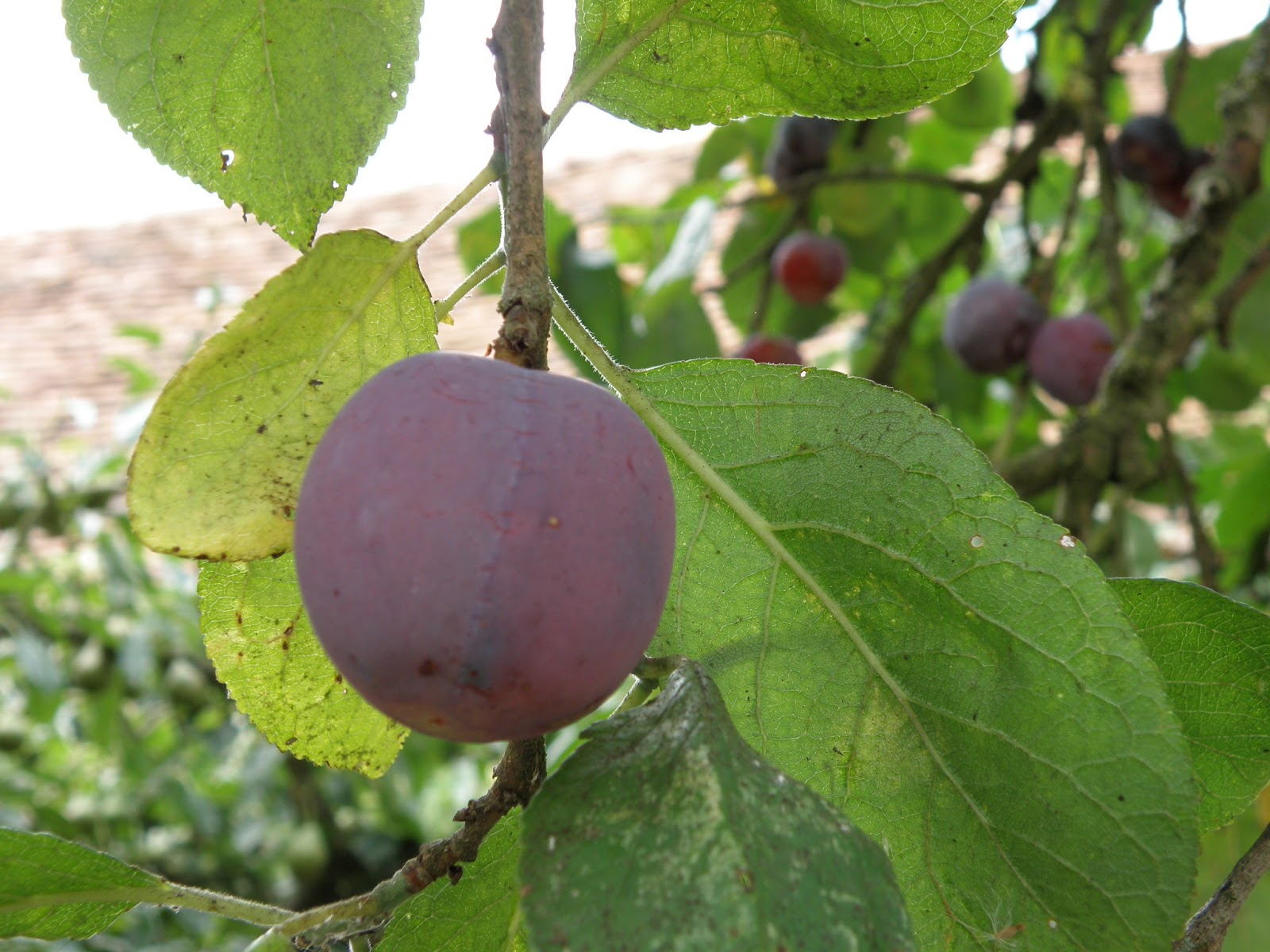 I used to eat a lot of apples, I eat fewer now, which fills me with remorse. But I do like them,  they make me think of orchards, blossom, bees and places like Glastonbury. One of the things I like about them, is slicing them across instead of down, to get a pentegram of pips. This happens because, or at least so I believe, but please correct me, the apple is a member of the rose family. According to my 'Trees and bushes of Europe,' the rose family is distinguished by flowers with five sepals and petals, and sometimes five ovary chambers, and as well as the rose and the apple, includes such trees as the quince, pear, plumb, cherry, rowan (this is the book not me), hawthorn and blackthorn. So there you go.

One of the delights of blogging, I am discovering, is that you can have a conversation with someone or read something you disagree with, then instead of telling them, or wasting energy thinking 'I wish I'd said X ...', you can have a nice impersonal blog about it later.Forgive me, but that's exactly what I'm doing now.

Recently, I had an exchange about apples with a respected someone following an earth spirituality path, which included 'yes but in the Bible the apple is to do with sin and fallenness and guilt, but in our spirituality it's to do with the summerland and wholeness.' That hurt a bit. For a start, I have to say I prefer the thought of summerland and wholeness / healing to the thought of guilt and brokenness, and I get a bit sensitive about the need for 'them and us' polarisations sometimes too. But the thing that riled me, is that the apples are innocent. In the biblical story of Adam and Eve, the Tree of Knowledge is not an apple tree. It's a special tree, as yet to be given a Latin botanical name.

But if we are really  looking for apple trees in the Bible, where better than the Song of Songs?

As an apple tree among the trees of the wood,
so is my beloved among young men.With great delight I sat in his shadow,
and his fruit was sweet to my taste.
Song of Songs 2:3 (NRSV)

Who is that coming up from the wilderness,
leaning upon her beloved?
Under the apple tree I awakened you.There your mother was in labour with you;
there she who bore you was in labour.
Song of Songs 8:5(NRSV)

These are biblical passages I have learned off by heart, and I'm sure I'm not alone - it doesn't have to be a frumpy faith. (A surprise to some Christians as well as some neo-Pagans.) Eroticism provides the language for mystical depth as well as the delightful sensuality of human beings enjoying themselves, right at the heart of the Bible.
So. Apples. They are not the forbidden fruit of temptation, they are a symbol of delight, fruitfulness and love, the joy the Divine Lover finds in us and we in our Beloved.
The Song of Songs is part of the Hebrew scriptures, which do tend to convey the wonder and beauty of the natural world with great eloquence, but from the Christian tradition, there's a lovely song which often comes around at Christmas time for some reason- 'Jesus Christ the Apple Tree'. 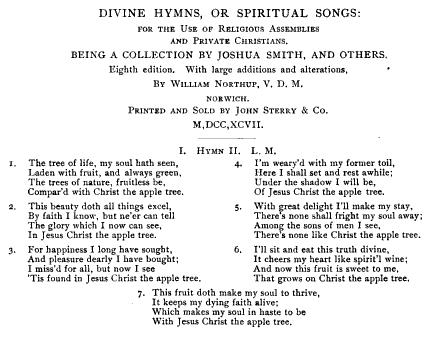